The first episode of the NEW Dale & Nathan show as the preview the upcoming Halloween Nightmares 8 LIVE show and in their inaugural episode they are joined by the Young Lioness Champion Shawty. FOR HALLOWEEN NIGHTMARES 8 TICKETS VISIT – www.bookwhen.com/cpwboxoffice
Read More 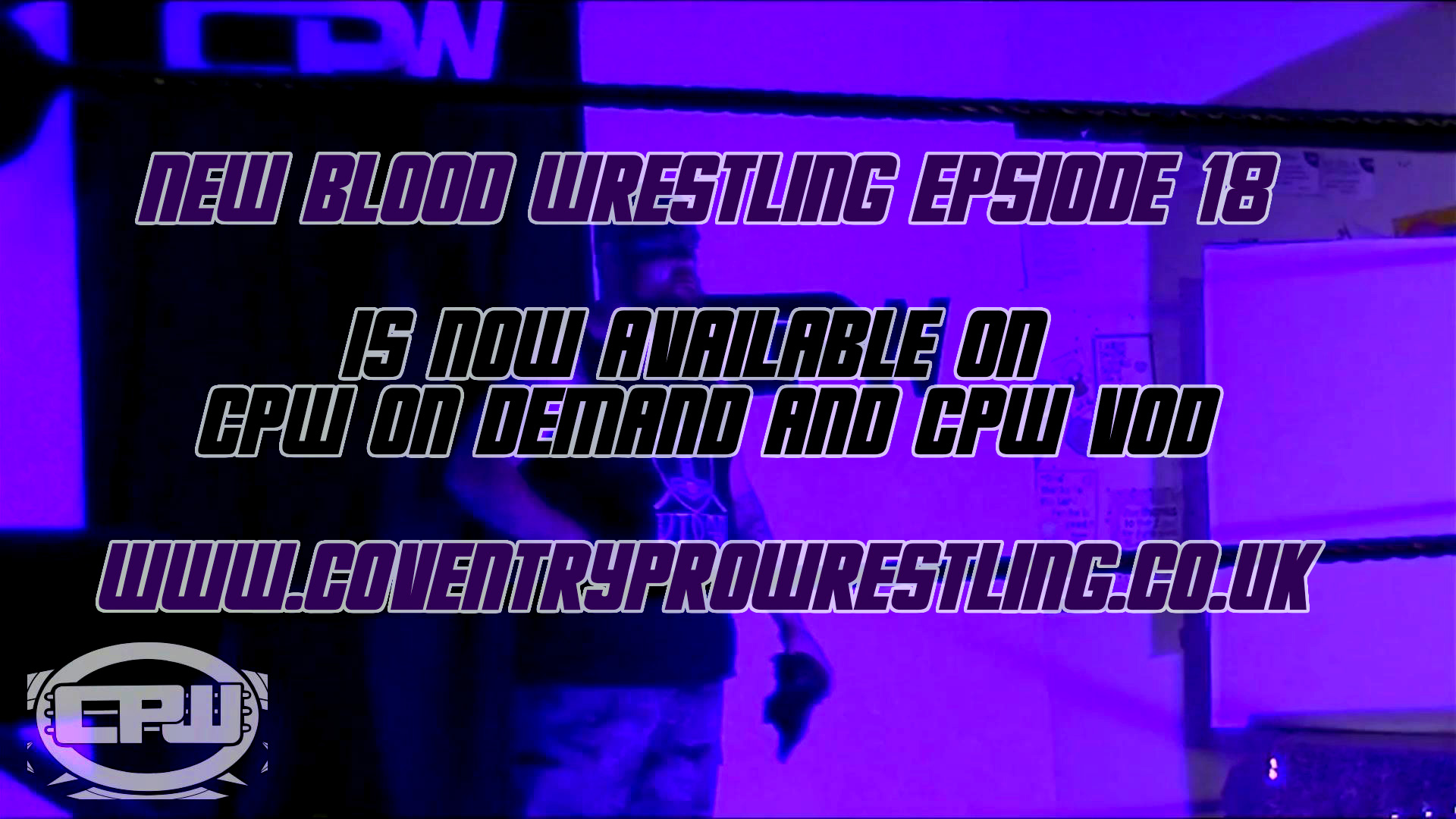 The latest CPW action comes from the New Blood Wrestling brand and this week sees Bashby shock the CPW Galaxy whilst the CPW Women’s Champion Shawty teams with the New Blood Wrestling Champion Niall Fairchild as they face the Cross Family from the Dewinter Dynasty ! Morris, Reubens, Kurt Pliskin are all in action ahead
Read More
CPW returns to PPV Friday 14th May @ 8:30pm GMT with RELOAD 2021 and it promises to be yet another blockbuster wrestling entertainment show and will feature…. Will Starr vs Coalition, CI, CI, CI vs Dewinter Dynasty, Niall Fairchild vs James Cross, Kat Von Kaige vs Alfie Rogue and Kurt Pliskin vs Jayrow in the
Read More
NextGen Wrestling Moonlight Episode 16 is now available to rent and is the final stop ahead of Friday 23rd April’s ADRENALINE 2021 PPV. This week sees a HUGE main event as the Wrestling Mafia Niall Fairchild & Will Starr team up with the ‘Taker Of Souls’ Tommbie to take on the team of the Wrestling
Read More

The latest from our yellow brand NextGen Wrestling Moonlight is now available to rent or can be viewed for free by CPW On Demand Subscribers from the 12th April and in this episode has the Empire imploded? Can Will Starr get his CPW career back on track? and now Cleo is back what will be
Read More

BOOK RIDE OR DIE HERE CPW returns to PPV with this behind Closed Doors Blockbuster RIDE OR DIE featuring the first ever CPW Ladder Match as Taco defends the NextGen Wrestling Heavyweight Championship also in action will be the likes of Will Starr, Lucha Lucha, Drake Wynter, Shawty and more. **PLEASE NOTE ONE PPV TICKET
Read More
New Blood Wrestling returns to our screen this Wednesday and we will get to see the most anticipated re match in CPW History as the CPW Lineal Heavyweight Champion Cleo takes on Will Starr in the Axeman Trophy Tournament Quarter Final also in action will be Tommbie, Niall Fairchild, Team Madness and more. You can
Read More
THE SHOW MUST GO ON and it will as Xmas Tidings 2020 will now take place via PPV. You will get a Christmas feast of CPW entertainment as the CPW Prison makes it return and how about the Triple Threat CPW Heavyweight Championship match between Tommbie, Casey Wild and Jimmy Vice? It wont be any
Read More 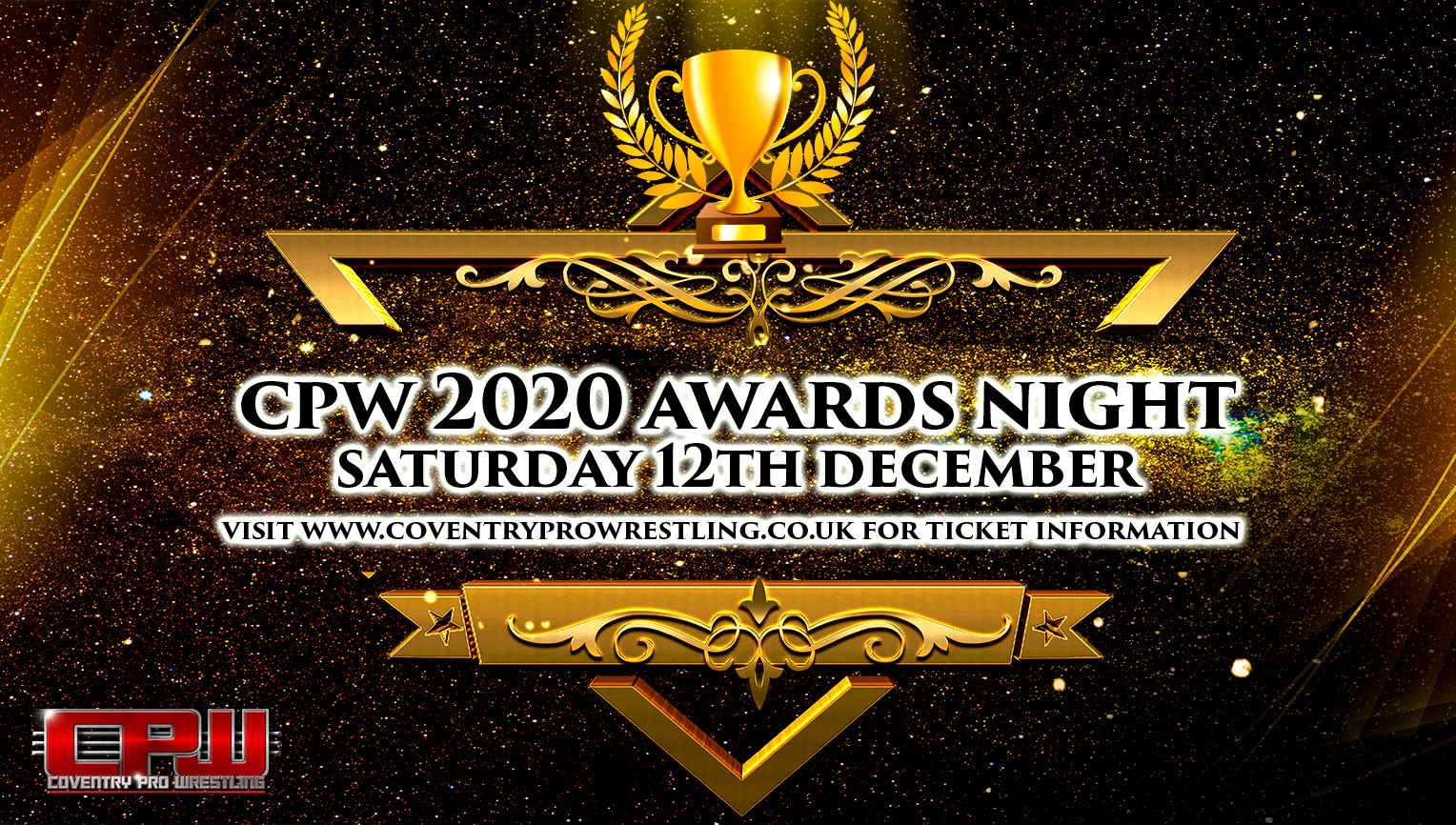 Our annual awards night which sees The CPW Galaxy and the CPW Stars come together to celebrate the last year of CPW action. Tickets are limited and COVID protocols will be in place. BOOK YOUR TICKETS TODAY AT THE CPW BOX OFFICE
Read More
Privacy & Cookies: This site uses cookies. By continuing to use this website, you agree to their use.
To find out more, including how to control cookies, see here: Cookie Policy