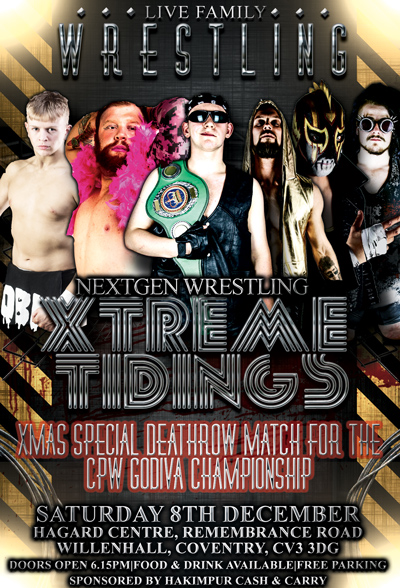 The NextGen Wrestling stars are back for their final show of 2018. Xtreme Tidings LIVE from the Hagard Centre in Coventry. The show will feature the return of Nadia Sapphire who battles Nadia Sapphire whilst Morris defends his CPW Godiva Championship in a Xmas Deathrow match special! Tickets are still available can be
Read More

After a historic CPW Superstars Project Season One registration is now open to be part of Season Two and this season One student will earn a place on the CPW main Rosters!! Sign Up Today!!!
Read More
Privacy & Cookies: This site uses cookies. By continuing to use this website, you agree to their use.
To find out more, including how to control cookies, see here: Cookie Policy