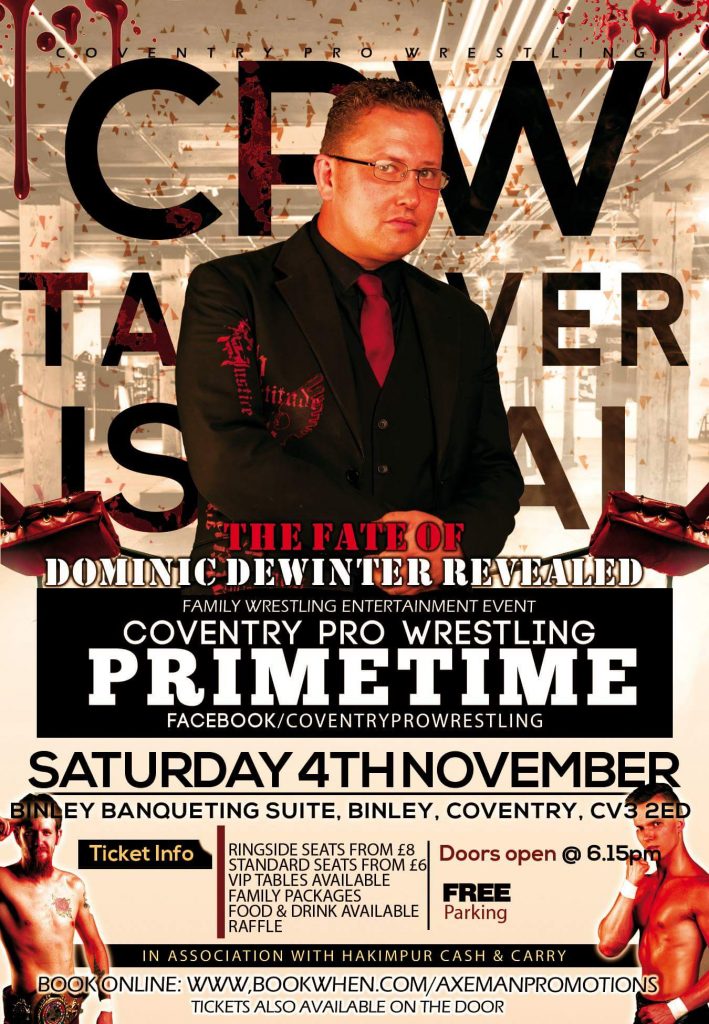 What on earth did the CPW do? I will tell you what they did.. they screwed me on my biggest night ever at CPW this was my show they think DeWinter will get his own way, well mark my words the King and Queen of CPW will rise again, this is not over.

Match of The Night

Performance of The Night

OMG Moment of The Night

The return of Danny O’Neil