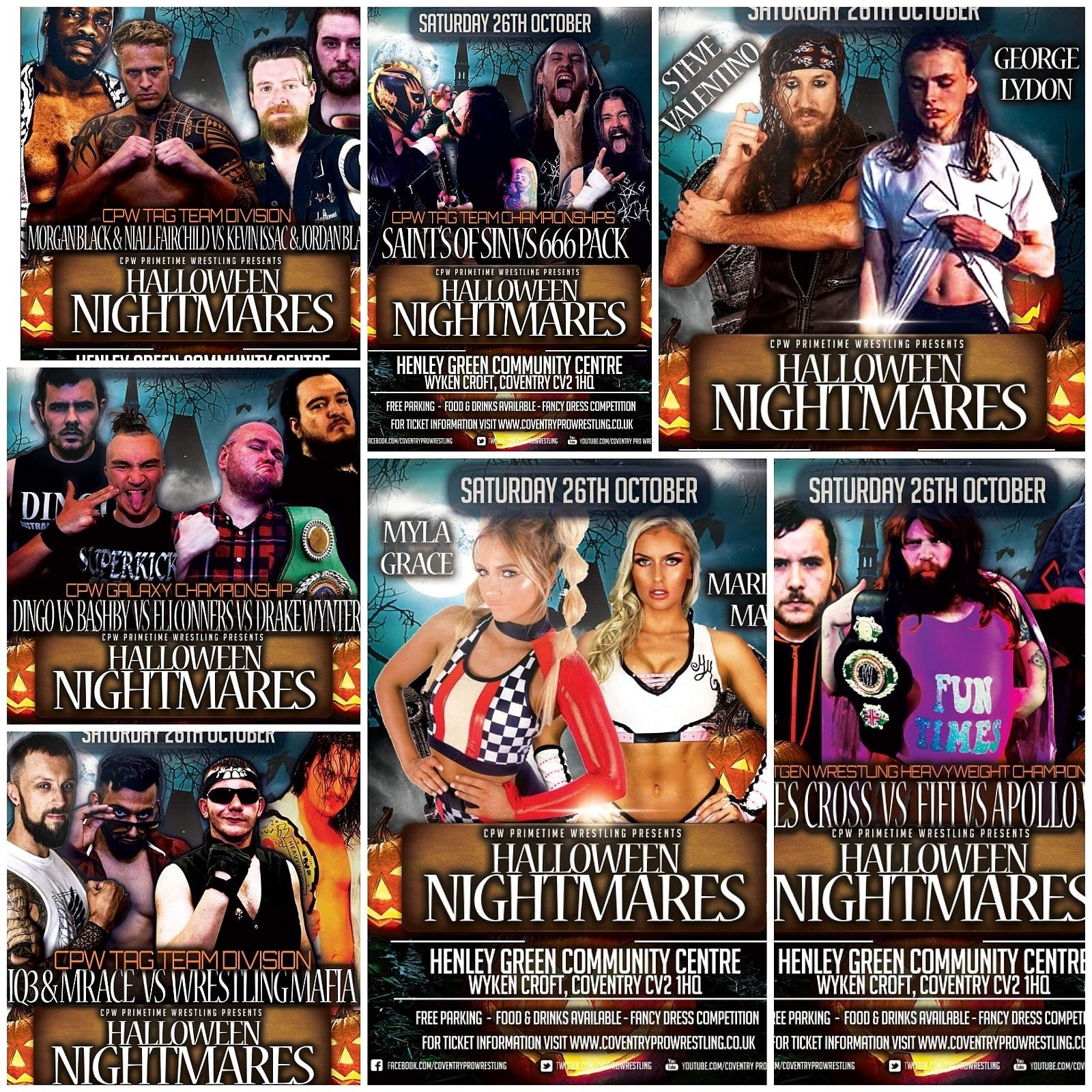 On the eve of the clocks going back CPW Primetime Wrestling hosted Halloween Nightmares and what a night of trick or treating it was!!!

The show brought to a close 8 straight weeks of CPW shows for all of us at CPW so thank you to all of our staff for their sacrifices and hard work and to our fans for embracing the journey we have been on, it’s been a ride!!!

Performance Of The Night
Bashby – who left it all in the ring during his unsuccessful bid to become the CPW Galaxy Champion.

FIFI made another successful defence of his NextGen Wrestling Heavyweight Championship beating James Cross and Apollo Vela on a fantastic triple threat match.